A National ID Card For American Citizens? Get Ready – The Real ID Act Goes Into Effect On May 11 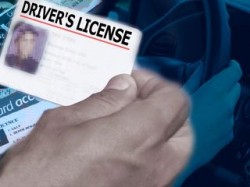 For a moment, imagine a future where you are not able to drive a car, get on a plane, get on a train, vote, enter a federal building, open a bank account or get a job without a national ID card. You don’t think that could ever happen in America? Well, you might want to brush up on the Real ID Act because it is going to go into effect on May 11, 2011 unless something is done to stop it.  When I first learned this, I was absolutely stunned.  After all, wasn’t the Real ID Act supposed to be “dead”?  A few years ago state legislatures across the nation were in an uproar over this law.  The Department of Homeland Security was forced to delay implementation of it several times.  But now it is back.  You see, this is what the federal government often does.  They will try to push something very unpopular through, and if they meet resistance they will “play dead” until the uproar has died down and then they will come right back and implement it anyway.  This is what is happening with the Real ID Act.

← Will The Death Of The Dollar Lead To The Birth Of A New World Economic Order?
Elite Pulling strings of “democracy” in the East →