Why Use Gold As Money? 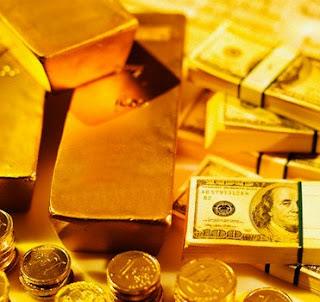 History shows us that when countries use a valuable commodity for money they have zero or low inflation; zero or minor cycles of economic panic or depression; and more peace, liberty, and prosperity (smaller governments).

For example, the number of grams of gold needed to buy a barrel of oil has been very steady over the years. A key benefit of using gold as money is its value stability.  Even better, Econ 101 tells us that a commodity such as gold in limited supply, and with increasing demand for it (growth of the economy), will APPRECIATE in value. This has huge importance because it kills the “there is not enough gold” argument, and gives a positive incentive to save and avoid debt.

Thus, we would expect all countries to use sound money, except the politicians want more money than they can get by just taxing, especially for wars. They want a way to create money “out of thin air.” Fiat money (“face value” decreed by the government, not redeemable for gold; we call ours Federal Reserve Notes) serves this purpose. Even when some level of redeemability (exchange for precious metal) exists, governments often suspend it before, during, and after wars, which the US did for the Revolutionary, 1812 and Civil wars, after which it must be pushed to restore it — often with less value.

Read more »
← S.510 “Hitched” A Ride On Massive Budget Bill, 1984 Is Here -May unleash a new army of FDA agents
BUSTED!! WIKILEAKS STRUCK A DEAL WITH ISRAEL OVER CABLE LEAKS →