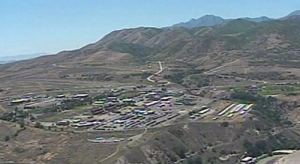 A stunning report out of ABC 4 News has highlighted yet another case of mysterious Israeli Art students. Residents in and around Utah County have received knocks on their door from people claiming to be Israeli Arts students trying to raise money for their local gallery. Instead of pitching their product, these supposed art students asked national security questions that would be sure to get the average citizen on numerous terror watch lists.

Sales people working neighborhoods in Northern Utah County have been asking some odd questions that have nothing to do with making the sale. Folks are reporting that they’re asking about the new National Security Agency’s data center that is being built at Camp Williams. ABC 4 News

Much more to the article at>>> Activist Post: Israeli Art Students Going Door To Door In Utah County.